I barely had time run to bed and lift my legs when the morning shit poured out of my ass. This happens quite often. After breakfast, I immediately start want to shit and only have time running to the toilet or press my ass to the mouth of toilet slave. Look at the soft, warm, fragrant shit today. Do you want taste it?

I know that you like my transparent panties 😉So what if I poop my big load into them right in front of your eyes ? 💩Sounds sexy, and looks even better ! Watch and enjoy! 💕

The slave is complaining that his mistress never want to piss and shit at him. Princess Nikki fully understand his desperate position, she piss in a glas and let him swollow her juice. Later she shits on the floor step in her shit and orders him to lick her shoes.

Perfect soft soles, perfect ass and a beautiful brown log that comes out her little asshole after a delicious pee. You'll love this new clip of the gorgeous teen Elby. Don't miss the great close up of her hard shit in the end. (6:49 mins)

Hi!I'm so excited today you have no idea how much.I'm posing sexually to tease you.I'm a little witch in my bottle of potion that causes a lot of shit out of my ass.I take a SIP and start to shit on this bottle in the shape of a skull representing the head,smearing it.MMM!How I like it!

The woman continues sucking and stroking the guyÂs dick, but it no longer takes long before she starts wanting more! What she does next is strip off his clothes and then urinate all over the guy, especially on his groin! When she could no longer release any more, she resumes with sucking his dick, but this time, he is peeing into her mouth as well, leaving her swallowing mouthfuls of his piss until he could no longer release any more!

126554 - Social Distancing: Cassie is her OWN Toilet Slave

In this video, I pose in my short shorts.And while I was posing I really wanted to go to the toilet and decided that I would do it right in my shorts.I feel good, it's so warm and so nice to spread over my ass.And when I took off my shorts, there was just a disgusting smell.I wish you could lick them all off.

My new project - Poo20 - Russian girls poop at home. Aigul is a very hot girl and being her toilet bowl is a real treat for a toilet slave. Unfortunately she lives far away and we will not be able to meet soon, but she agreed to record a video at home. She has a gorgeous and big ass, even bigger than Lisa and big breasts.

I miss making my bunny dirty with nice big shits,i found this really tiny hare last night,and this sun day i was so happy to cover him with nice big pills of shit, love what come out my ass! Poor bunny has shit all over him, i had beans for dinner last night now my tummy is hurting, bunny look to clean so it is time to make him nice and dirty!

I was walking in the park. I really want shit. No toilet nearby. I take off my pants and I start shitting on the street. I feel better. I continue my way. 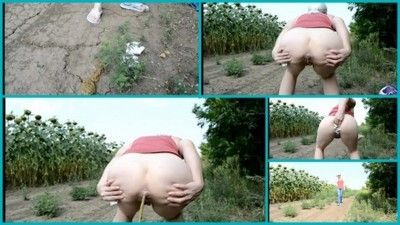 You want me, babe? You want this stinky, delicious SHIT? ? Do you wanna touch my ASS? How about my pussyÂ do you like how it looks when I bend over, peeking out below my ass? You wanna see more? Do you wanna feel it, too? Maybe even taste itÂ? I bet youÂd do anything in order to fuck me, wouldnÂt you? You want this sweet ass and pussy? ? You like that smelly shit too? You like EVERYTHING about this ass? Eat my shit !

Let's go with a fetish video for boots, come lick my boots, taste the rubber in your mouth while making me happy laughing at your face, because and these things that satisfy me, your submission to me, will be my object forever and always will be eat my beautiful coconut, and I will always moisturize you with my golden juice. Be a good slave and buy this video to make me happy and of course, make you happy too. 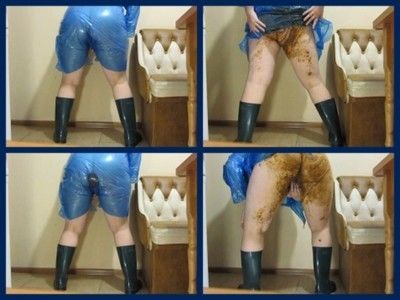 This woman knows that her husband has had a tiring day at work, so when he arrives home, she is fast to soothe him by stripping off his clothes and then laying him down on the bed where she gets busy getting intimate with him! She starts with alternating between sucking and stroking his cock, but it doesnÂt take long before she takes off her clothes and urinates all over his body, especially on his groin! When she could no longer release any more, she resumes with orally pleasuring his dick, but while she is busy doing so, the man is peeing all over her, especially inside her mouth, leaving her swallowing mouthfuls of his piss!

My new video from July 2020 , me and Goddess Alice feed our hungry black slave :) He came from France just to eat shit for 3 days :) This is the first video and there will be 2 more soon He eat all and drink our piss. Such a good human WC . Check my onlyfans for more vids behind the stage. Soon there will be more videos here!